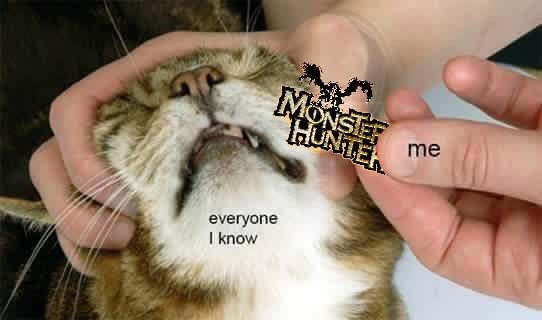 I play a lot of video games, and occasionally I code things (usually for a living). [he/him]

Time for a proper #introduction!

I play a variety of games, though recently metroidvanias (Bloodstained hype) and platformers (CELESTE.) have dominated. Plus whatever comes out on Switch.

And I play FFXIV, so there's that.

Other than that, I like cycling. And wall climbing.

"If you had to recommend someone play 5 games to really get a feel for you/your tastes, what five would you pick?"

however, networking is dead now?

"Choose and install a boot loader"

thanks, installation guide, I definitely know how to do that

oh also because it's a laptop and I'm manually installing arch, I don't have working wifi drivers in the livebooted image so I'm kinda just hoping usb tethering from my phone will tide me over until I can get everything working

formatted all the windows stuff, there's no return now I don't think :)

time to brick my laptop

the core mechanics in Potion Craft are actually so well thought-out??? wtf?

cleaned out my inventory (8/140, lowest I've had since... shb launch, probably), deleted my summoner hotbars, repaired all my gear, and logged out in the rising stones

don't think I can be more readyfor Endwalker

I wonder which has made more money overall, isekai anime or "[inanimate object] but they're girls!" games

today was 9, so I abused my mod powers to change it to ⑨

he was a good sport about it, changing his avatar to fumo cirno

and it unironically offers me to skip the intro

like a decade ago I was playing Skullgirls, random ranked online, and sending steam friend requests to people I enjoyed playing with

ended up meeting a long-time friend that way

he's german, and his handle is straightup a german word, but when we first talked I defaulted to english out of habit

like the third time or so we play I casually bring up "hey, so, uuh. I speak german, so like, if you want"

which is amusing enough to me, but there's a new chapter: We're planning to finally meet up irl next year at some point, and the question looms: Will we finally speak German?

We've actually talked about it and came to the conclusion that either one will be awkward, because German would be first real time, and English would be weird to speak when you're in Germany and both of you speak German

beatsaber out here making me take showers at midnight

free will? nah, will can free himself

went absolutely mad coding up some stuff in Rust today, did not notice time passing at all. Teleported from like 7pm straight to 12:15am

I llke electro swing, so there we go

I play the maps, very nice flow and reasonable tempo, the songs themselves are quite nice

missed a note or three because I was cracking up lol

the skin on top of feet feels kinda thin

I play a lot of video games, and occasionally I code things (usually for a living). [he/him]