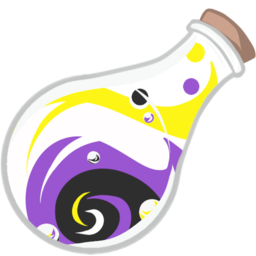 Hey, look at this thing my friend Mint wrote on why he left.

You'll probably make fun of it like you do with the daily dot article.

But maybe you'll read it and... think? Reflect? Change?

Also if you like his articles (other than paying him), he has an RSS, RSS is still cool, right:

@lapis it seems like a good and sensible piece of me. but then, I've never _liked_ this place. *smiles*

@lapis oops it's been overloaded

@wolfie try again in a bit. I know he said he was working on it

@wolfie It's back up now btw!

I have seen these problems and others*.

I felt even when I joined back in 2017 that Mastodon's UI was going to need to grow in certain ways in order to prevent this kind of problem.

I assumed instance owner duties in 2018 hoping I could push for the kind of change I wanted to see.

Masto didn't grow. My efforts on my own instance weren't for nothing, but they were far less than what I wanted to do -- and I gradually came to realize that the keeper of the core codebase, and therefore controller of core development funds, was never going to recognize that change was needed.

I've now shifted away from the idea that Mastodon as such can be fixed, and more towards the idea of completely new software based on what I've learned since joining (both from my own experiences and those of many others) -- hopefully interoperable with ActivityPub, but not being beholden to its promises or (much less) unspoken conventions.

So that's my answer to the call to "do something": build a better thing that is structurally abuse-resistant and truth-nurturing.

Not sure why I felt compelled to go into all that... except I guess I mainly just felt like it was particularly on me, not just as a longtime user but also as an instance owner, to say:

Yes, Mint is right, and this should be uncontroversial by now. (If it is, that is kinda illustrative of the problem, innit.)

* from underprivileged white people as well as PoC; it's not just racism and faux leftism and...

@woozle
What suggestions would you recommend for those wanting to fork mastodon?

@lapis no see the difference between this and the daily dot article is mint actually has a take and put himself into the narrative instead of just parroting a bunch of stuff other people said, sometimes years ago, and saying “i guess we’ll see” :P

(which is how mastodon journalism should be done)

@lapis this is a very good article, and really on point about something I hadn't particularly considered before.

It's a pity this is how it is delivered (by leaving) but I hope it will make some people think differently about race on Mastodon.

Thank you for sharing.

@lapis Interesting how most of the discussion on this post is about techical details and other mostly irrelevant stuff when in fact it should be about #racism and all the whiteness on Mastodon.

@lapis I find that being part of a closed Discord is healthier for me than Twitter or Mastodon. It still drives me nuts that I'm Missing Out on discussions and fanworks on other closed forums though.

@lapis I'm not shocked that racism is the reason someone left Mastodon.

where is the LOVE?   @[email protected]

@lapis mastodon can't fix the problems of twitter without abandoning the microblog model.

at a small scale, with high trust it can be a really fun house party-like experience. like all house parties, shit spirals out of control when large groups of people you don't know show up. then the cops show up and you have a long annoying night.

you can't fix this without changing the nature of the system. the feddy is a decentralized twitter, so at scale you get the exact same emergent behavior.

where is the LOVE?   @[email protected]

one of the things that i like about secure scuttlebutt (which has its own, but different weaknesses) is the way it uses your extended social graph to both aggregate content and filter out replies from people outside of your social network. i think "the rando problem" is partially cultural, but the Friend Of A Friend (FOAF) style of social networking does help limit its impact (ime).