satanists might get angry at me for this lol, but it's true

the satanist-to-fascist pipeline is easy to explain when you remember how many satanists do not think about what they're doing beyond "debbil make daddy get big mad, me like when he angy"

once you want to start being an edgelord for attention, and find it fulfilling to do that simply because it makes other people angry, it becomes real easy to look at other symbols of evil that make people angry and go whole-hog into that because 'if it makes them angry, it's good! and i don't need to think any more about that!'.

re: satanists might get angry at me for this lol, but it's true

"christians" who only follow social trends, don't consider anything about what they are supposedly taught, and have absolutely no concern with actual spirituality or morality

"satanists" who are 14 years old and think being told no means they need to go in a full-on rebellious stage in the metaphysical equivalent of a temper tantrum and chose entirely based on aesthetic and how mad it made other people, and have absolutely no concern with actual spirituality or morality

It's Basically The Same Obnoxiousness Y'all

basically if you are choosing your religion on aesthetic, and neglect entirely considering things like morality, spirituality, personal importance etc., you're gonna end up just as fucked.

the antivaxx soccer mom who thinks she's a good christian because she decorates with crosses from hobby lobby but exhibits cruel contempt while ignoring whatever jesus actually said,

the old white hippie who decided that things he saw in india were a cool aesthetic so he just bought it all, doesn't bother differentiating between hindu, sikh, muslim, buddhist beliefs with a bonus kokopelli in the corner for some reason, and believes since he has the trappings he has all the enlightenment,

the fourteen year old little shit who yells that he's a satanist now because it makes his momma cry to hear him say such things and anything his mom tells him is bad he has decided is good all because she had to be a real uptight bitch and not let him yell slurs at other people in call of duty until 4 in the morning,

all of 'em are the same folks

all of 'em are shit that cause nothing but problems

we should mock all of 'em relentlessly

and yes, i'm going to go ahead and say... all of them, when looking at this only as aesthetic, are just as easily duped into other things that draw them in with aesthetic. fascism can look cool when it wants to. or at least it can look cool enough to hook some absolute numpty that doesn't stop to think all "hmmm, but what does this swastika actually stand for though? why am i goosestepping? are all my problems REALLY because of minorities? where are we going and why am i in this handbasket?"

in, uh, in all the love of siblings of christ, of course. yes. in that way. haha. 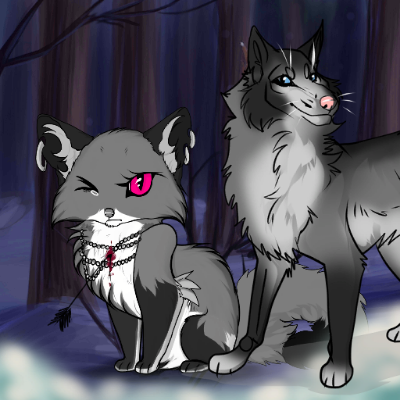 satanists might get angry at me for this lol, but it's true

@wigglytuffitout as a satanist I endorse this message.