I'm sure folks have articulated this better, and I know even having this perspective shows my privilege, but

Like you don't have to fully buy in to the one great step for mankind romance of it, but even then... It has always felt more like a communal accomplishment that citizens get to cheer on (and benefit from)

Could you go invite yourself to the launch pad? No. Not unless you were that tragic bat, rip spacebat gone too soon. But it was something that was part of the collective effort that is government. It was public.

That hits different than it all being assigned as for the glory and under direction of some rich asshole.

Fucking dammit I can't believe I have pinned the tail on this particular donkey at 3 40 am in the morning and I appreciate vaguely knowing the terms close enough to do so but folx ya girl is irrationally pissed at having to know the term and having the knowledge to recognize it's the same fucko come for another round!! I'm going to have the vapors bring me a fainting couch

@wigglytuffitout that, and the old space race was genuinely pushing boundaries, we (the public) didn't really know if it was going to happen.

Both of these flights were sub-orbital, and both mission profiles are useless except for lowest-grade space tourism.

It's not exploring the frontier. It's building a monorail. 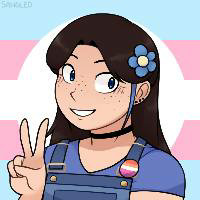 rushing to put in all those fucking satellites despite the international community of astronomers and observers going "NO DON'T YOU ARE LITERALLY GOING TO RUIN OBSERVING THE SKY BY INTRODUCING SO MUCH NOISE FOR SOMETHING THAT COULD BE DONE EASILY WITHOUT RUINING THE SKY"? spacex and elon musk can eat my entire taint. dude wants to be seen as a hotshot philanthropist so bad that he will fuck everything up with, at best, a shitton of space junk that violates international accords and will make space travel much more risky for years to come (especially since they're playing very coy with SHARING THE FUCKING TRACKING DATA SO PEOPLE CAN AVOID RUNNING INTO THE DAMN THINGS)

but because widdle ewon muskie is a precious little billionaire, nobody will arrest him and rightfully toss him and the rest of spacex in jail for, again, violating international accords with his bullshit boondoggle.

meanwhile every single person looking at the stars just has to put up with him introducing an incredible amount of noise and simply ruining the fucking view, because when you have the bright magnitude of one of his fucking bullshit satellites in the way, it becomes much harder to observe things of lesser magnitude with the naked eye. so hope you have a cool telescope and know how to use it, because ol' elon musk is dedicated to making sure you aren't going to be able to do anything so plebian as whip out a pair of binoculars or simply Look Fucking Upwards!

that's the real fucking space tragedy of the commons. elon musk so badly wants to be seen as a good guy that he is splurging money on a useless fucking project that ruins the sky and makes future space travel far more dangerous, all because we need to see his shiny shiny droplets of wank in the sky to know he's a good guy and we can't say he did anything bad because he's white savioring the world to bring them shitty satellite internet. oh, you liked looking upwards at the stars? Nope, You're Looking At Elon's Jizz Trophies Of Spooging Virtue Now

fucking ruining a natural resource just as good as if he was dumping pesticides and causing algal blooms in a river, and demands nobody give a shit because "YES i'm destroying the common person's access to this and drastically changing said natural resource to make it hazardous as well as inaccessible, but it's for those poor starving kids in africa who will die unless i sweep in as their white hero so you can't say anything about it!" 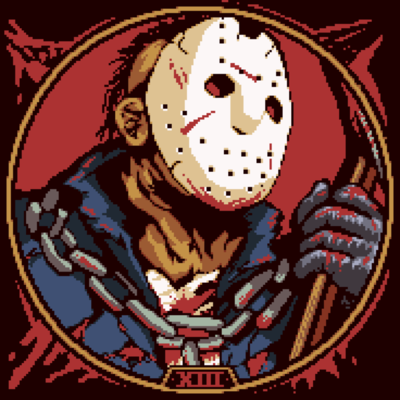 @agmlego @astraluma you can kindly stow the passive aggressive attitude thanks. You initiated a conversation with me after knowing my opinions on the matter and knowing that I don't like all these things. If you were unprepared and uninterested for that, I don't know what you expected exactly. If we're having a conversation, we converse. Not just me being a good little content generating automaton so you can be horrified when you talk at me and I respond.

I'm sorry that you think the spaceships are cool but the organization isn't more moral for having them, and the company also sucks.

If you want to go sulk about it, I'd recommend finding your own post instead of doing that at me specifically.

@wigglytuffitout @astraluma I was trying, but perhaps failing, to indicate that I agree with you. And then got a wall of text and ran out of spoons.

@agmlego I appreciate the apology but to be perfectly blunt, if you agree, why did you decide to comment telling me that spacex isn't so bad? That's... An argument against my points, that you presented for a reason. There is really no other reason I can see for chiming in with that tidbit.

And to also be blunt. I get that I write walls of text. I don't have the spoons to edit myself down right now. I also especially don't have the spoons to deal with someone arguing at me then saying they weren't arguing. I also don't have the ability to divine that "ok." was actually a gracious answer of you indicating you were low on spoons and I should have simply thrown the bone dice and charted more patterns of birds and looked into today's horoscopes to have that cleared up for me.

Just. Please be fucking mindful of what you are doing. A little bit more. Be mindful that there are other human beings on this website and if you raise a counterpoint you're going to get people continuing the discussion you put yourself in.

I do not have the spoons to cater to you when you run up and demand accommodation. I just don't. You can look at this as clashing accessibility issues if you like. I just need you to understand and take into account that it is kind of a shit move to make yourself a problem for me to deal with, because you don't understand that you have posted disagreeing with someone and are unprepared for me to shoot down that disagreement after you brought it to me.