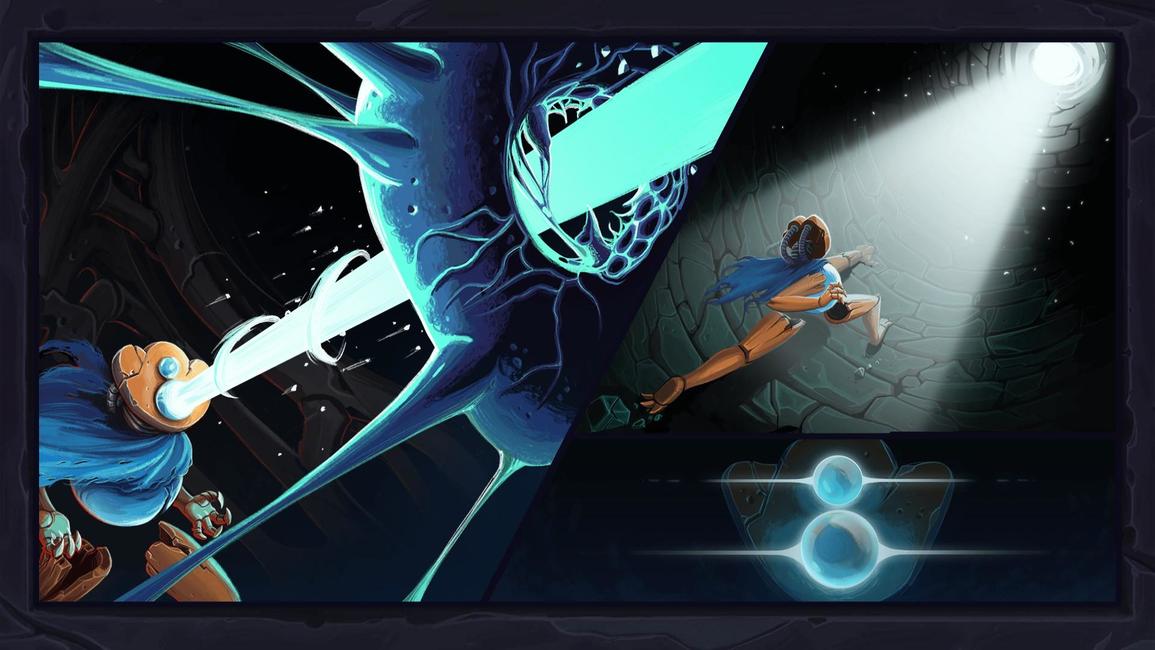 Console gamer at heart, Nooby GM, Linux user for ever.

Getting ready for The One Ring, second edition. It's getting published by Free League and the kickstarter campaign is ongoing.

My father in law is reading some stupid right wing newspaper railing against islamo-leftists in French academia and I'm too tired to get in a serious discussion with him.

Nerding out about my future party composition in Etrian Odyssey IV, as I'm trying and mostly failing to ski in this freaking Nordic Ski parc.
I'm a totally normal person, ain't I?

Can I beat Into the Breach in normal?

Not with this brain apparently.

Shit posting on fedi is totally different, nobody is trying to make a living here.

Except that guy who does the Neofeud game (I bought and played it, it was cool.)

I'm loving Into the Breach but its tone is so bleak I need to play something else after a while.

Normal people visit the same 3 websites exclusively and don't know about bookmarks. Teaching them how to use a new web app is always a ride.

Late to the game again but I'm trying to get into Into the Breach.

Played a kinda confusing first run last night but this has a lot of potential to become one of my favorite games.

Resigned from my new job, 2 weeks free before starting the new one.

It's gonna hurt my wallet but I can rest peacefully and maybe work on my backlog of books and prepare my upcoming campaign of Forbidden Lands.

A bunch of reddit user are buying Gamestop stock en masse and wall street is freaking out, am I getting this right?

This story got me very confused this morning.

My kids have created a carpet top Pokémon RPG using a bunch of Pokémon cards we had.

They have several piles of cards to randomize wild pokemon encounters, items found in shops, gym leaders, and rules with four probability tiers for capturing wild Pokémon based on damage and status dealt, and event some maps.

I'm extremely proud of them, they found a way to extract fun from our pile of unused cards, instead of piling up rare cards like the other kids we know.

Doom scrolling for a living.

I've made some change to my terms of shit posting.

Playing a powers deck with Defect feels like cheating, it scales in defense and damage output effortlessly, once you have a couple of Storm+ and random powers to play afterwards.

Just heard about a neat card based powered by the apocalypse rpg called Zombie World, but we can't play it because the real apocalypse is out there and there's a curfew at 6 and soon we will be in lockdown again anyway.

But neat concept, you draw cards randomly and they constitute your secret playbook. And when you end up bitten by a zombie, what do you do? Tell your fellow party members, or lie about it and just hope for the best?

It still amazes me that Super Mario World was a launch title. And like a dummy, 11 yo me asked for the street fighter 2 snes pack, and missed out on SMW for more than 6 months.

TTRPG I'd love to run, given time, players and energy:

Coriolis: it's a space opera rpg, with an Arabian Nights setting, using a variant of mutant year zero's engine.

Masks: play a team of teenaged superheroes. It's a story game, based on Apocalypse World, which means the focus is the drama, not crunching numbers nor balancing super powers.

Legacy, life among the Ruins. Post apocalyptic story game where players play at two scales: one family each, and characters that belong to their family, when you zoom in on particular events.
Character burn bright, leave a mark, and die in action or of old age, but the families live on.

The game lets all the players have a say in world building and story beats, and the scope can span over centuries as you move on from age to age. Looks kinda intimidating but with creative players it looks like a blast.

I'm on a business trip and I took the good old 3DS along with Monster Hunter 4U.

This game remains my favorite in the series so far. To me MH World is such a regression compared to this one in tone, pacing, loading times, weapon designs, and dare I say it, map designs.

Console gamer at heart, Nooby GM, Linux user for ever.