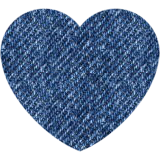 Gave up on trying to get a picture with my phone that wasn't "fixed" to look white, and instead broke out my old DSLR. After setting it the white balance to "daylight", I got this, which I feel is pretty representative of what it looks like out here. I'm not in any particular danger of fires right now, but all this smoke is from the fires in CA and central Oregon.

So Blender's pretty neat. I discovered the other day that you can import Unity shaders into Tabletop Simulator, so I felt inspired to try and recreate the "foil" effect for MtG cards as a shader. Having never used Unity in ernest before, I mocked it up in Blender this evening. I'm pretty happy with how this turned out.

This weekend I'm going to port this into a Unity shader and figure out how to apply it to a deck of cards in Tabletop Simulator.

Here we go again… I really hope this is the last time for a while.

It's done! I'm really happy with how it turned out, and the commission process was as painless as could be. I'm going to get an icon done next.

Here's the octagon version of the table (picture is the render from Blender). I got it imported into TTS and everything, but my computer ended up lagging in a solo game. I think the mesh might be too complicated, with over 2,600 triangles.

I spent this evening putting my nascent Blender skills to work by creating a new table to play on with friends in Tabletop Simulator. The default rectangle table always seems kind of cramped, so I modeled out a hexagonal table instead. While I think the model turned out well (once I got around the issues importing it to TTS), but it turns out hexagons don't play nicely with the 90 degree rotation tool we use to play Magic.

Looks like I'm going to have to attempt an octogon this weekend. I say "attempt" because I had to do terrible, terrible things to the physics collider version of the mesh to get six sides under 256 triangles. I'm going to have to make even more compromises to get the eight sided version to comply.

The first picture is the fancy render from Blender, while the second is a screenshot from in game.

Since the sale had the best deal when you bought 10 or more downloads, and I was going to buy these at some point anyways, I added a few more characters to the batch:

3/4. "Nadia Redmane", my werebear-turned-fursona. I originally built her out as a paladin, as the previous campaign needed a healer of some kind, but I think she's much better off as a monk to fill a tanky, crowd-controlling role. Her "hybrid" form is scaled down a bit relative to the base because I'm going to print that one at nearly 2x the size because she'll be "Large", but I don't want her mini to be twice as tall as everyone else.

Hero Forge had a sale this weekend on digital downloads for tabletop minis, so I went and built out the entire party (plus a few more that will get used in the future).

First off, the current party! There are six players and seven minis for them.

I've finally gotten around to submitting a commission request for Naida. I remade her in HeroForge (which is a character creator for tabletop minis) as a reference.

Now I wait and see how long this artist's backlog is?

Today I finally got a cat tree for Ember, so hopefully she'll stop tearing up my furniture. She seems pretty content in it right now.

@noelle This seems like the kind of joke you'd appreciate:

I got a cat today! I've been meaning to do this for about a year now, and I finally got around to it with everything else going on.

Her name is Peggy, and she's about a year old. At the shelter, she was really love-y, but right this second she's still a little freaked out about the move. I think she's gonna be a great cat once she settles in.

She hasn't managed to hold still long enough for me to get a better picture, but that should change over the next few days.

Well, it didn't get horribly burnt after all, though it is super dry. I suppose that's partially due to the changed recipe and partially because our was in the oven for almost 90 minutes. The chocolate chips counteract the dryness a bit, but it definitely needs to be eaten with water.

I'm gonna chalk this up as "good enough" and call it a night.

HeroForge has started rolling out their color tools beta to Kickstarter backers! Even though the campaign has ended (for now, at least), I went back and color-ified my kobold ranger Zeeresk. This looks way better than my attempt at coloring the image in Photoshop, and honestly, probably better than the paint job I did on the physical mini.

It'll be a while before I could order (or even use, really) a printed colorful mini, but I love this for character concepts at the very least.

These arrived at the bookstore today! I don't know how soon I'll get to use them properly, but now's the time to ensure the local bookstore survives.

I'll admit, it was a little disorienting for a moment seeing my name near the top of MetaFilter: